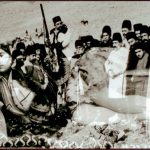 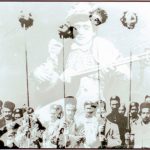 Born in 1944 in Tehran, Iran where he also lives and works

He graduated in economics but very quickly discovered his passion and in 1974 joined the Royal Society of Photographers, England, dedicating his life to photography. He is self taught and has been teaching photography at various Iranian universities for more than 25 years. He was a member of the Founding Group, a consultant to the board of trustees and a curator of old photos for Akskhaneh Shahr, the first Museum of photography created in Iran in 1997. He has had many exhibitions in Iran and abroad. Bahman Jalali has always been involved in important events of the Silk Road gallery both in Iran and internationally. He was given a very special homage for his forty years of career in photography by the Fundacio Antoni Tapies in Barcelona with a special solo exhibition curated by Catherine David from September to December 2007, with the publication of a book. He contributed to the prestigious exhibition in the British Museum of London, Word into Art : Artists of the Modern Middle East in 2006.