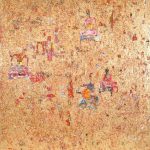 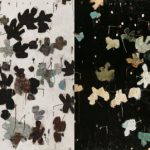 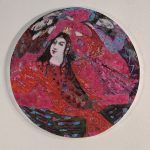 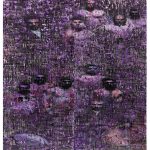 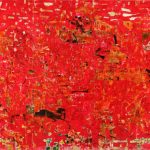 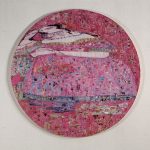 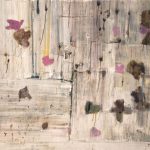 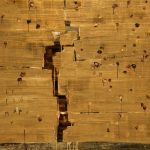 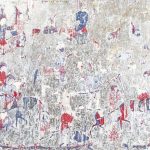 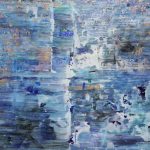 Painter, musician and performance artist Reza Derakshani was born in Sangsar, in the northeast of Iran.

He grew up in a great black tent on the top of a mountain, among horses and fields of blue and yellow wild flowers. Reza moved from the study of constellations of light made by moonlight shining through tiny holes in the tent to the study of mathematics in high school, and visual arts in Tehran and the U.S. The long and circuitous road of Derakshani’s artistic and geographic migration eventually found him. in New York City, where he made a home and worked for sixteen years. He later moved to Italy, eventually returning to Tehran for seven years before leaving his troubled homeland once again in 2010.

Reza Derakshani’s first solo show at the age of nineteen was held at the renowned Ghandriz Art Gallery in Tehran. Following this auspicious debut, he participated in many group and solo exhibits at other leading art galleries. His work has been widely exhibited and collected internationally.

Derakshani’s passion for beauty and his nuanced perception of the light and dark of the world has found expression in many different forms, from music, graphic design, book illustration, film animation and calligraphy to studies in traditional and western classical visual arts. Yet it is within contemporary painting that he has experienced true liberation and fulfillment as an artist. The challenging techniques, innovation and mental stimulation inherent to contemporary art have led him to create a meditative solitude that results in pure freedom of self-expression. Reza’s work, known for its diversity and originality, has gained recognition for its fearless exploration of form and style, and the skill and vision necessary to merge an unbending tradition with a wild contemporary spirit.

A vocalist, multi-instrumentalist, composer and performer, Derakshani does not limit his musical journey to giving concerts, but joins his music with his visual art. Reza’s music serves as a compliment to his art at many of his openings, in the form of performance that calls to mind painting with sounds.